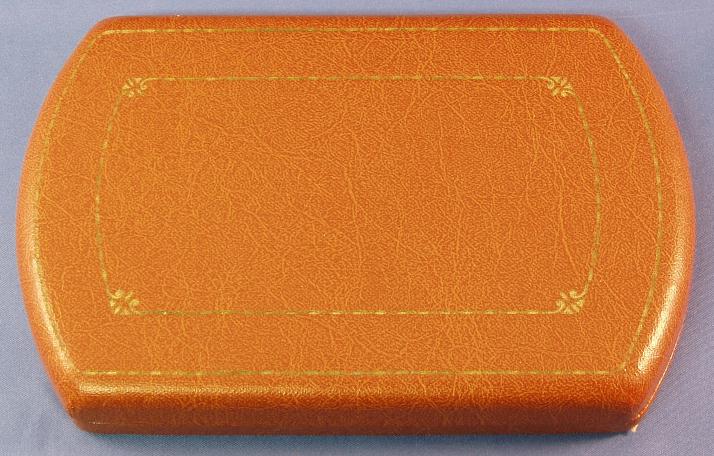 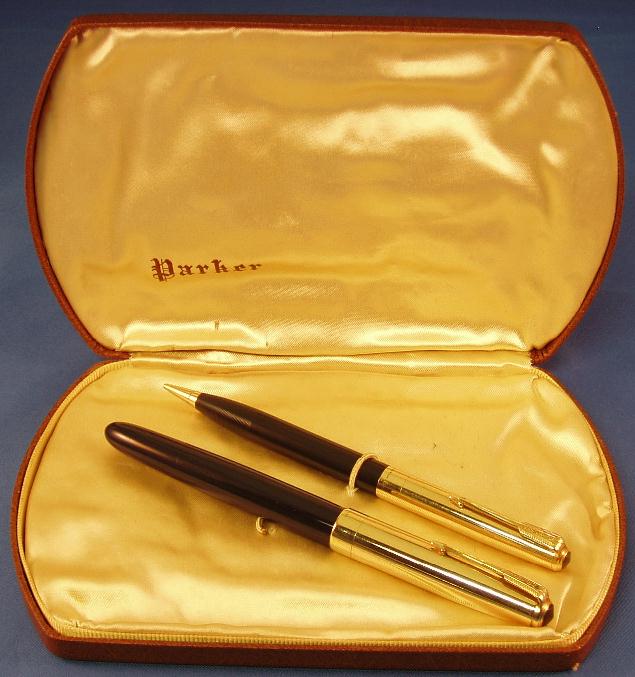 This is a first year box ca. 1941, illustrated in the introductory “Jewels of Pendom” catalog for the high end “51” sets.  According to the catalog, it was used for the 14kt cap Heirloom sets and the 14kt trim Heritage sets.  The box is almost identical to the later box used for the Signet, except that instead “Parker 51” in script, it has “Parker” in gothic letters.  The set shown in this picture is a rare solid 14kt pinstripe caps with first year long clutch and a one line 1942 imprint and barrels in cedar blue. 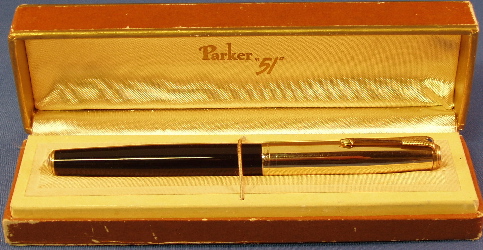 Cardboard box with satin lining, usually found with first year pens.  Hard to find in good shape as the outside does not wear well.

Early cardboad box, usually found with first year pens.  Displays by flipping top onto the base. 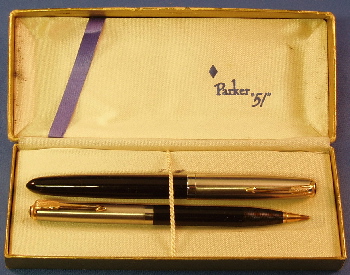 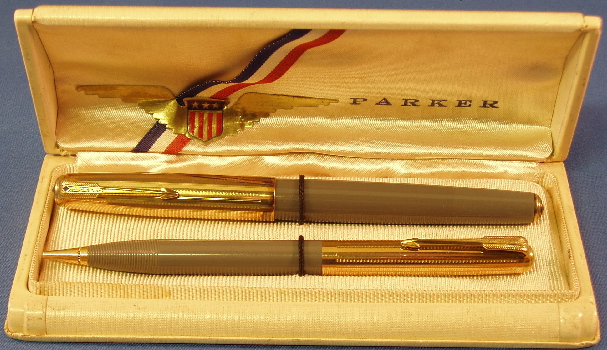 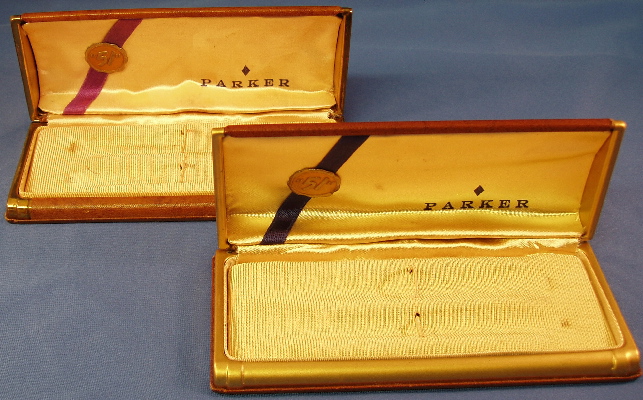 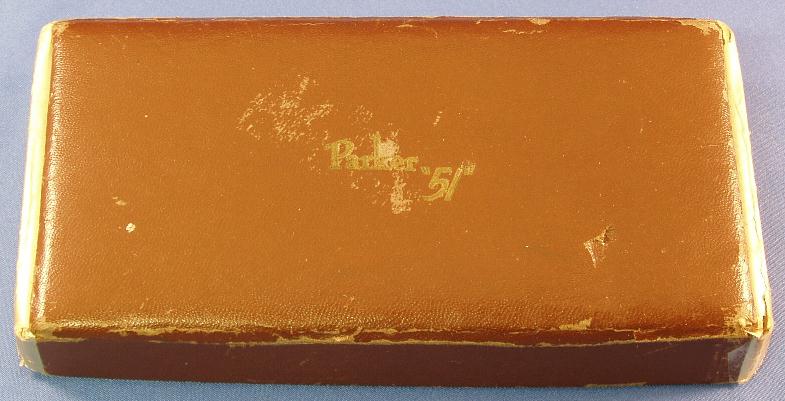 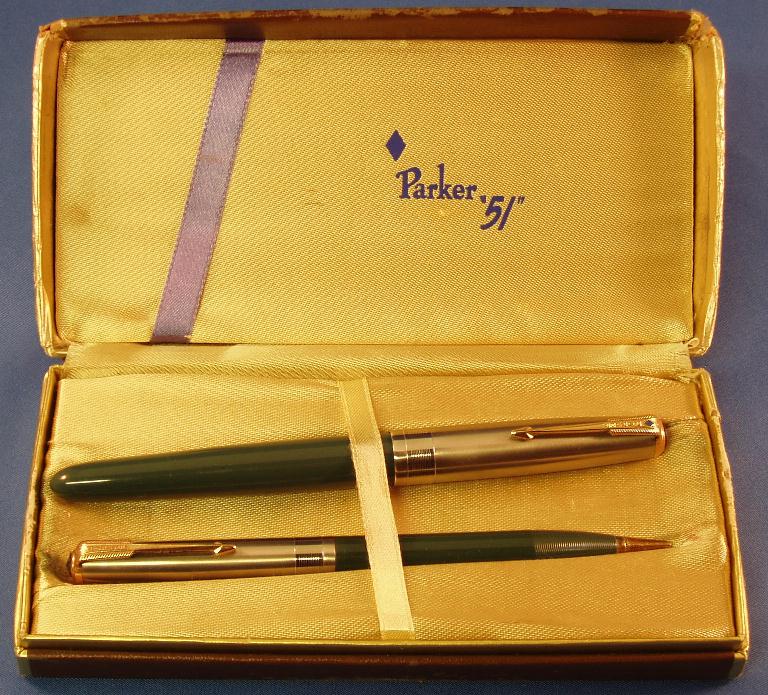 A cardboard box with fake leather wrap-around.  Not the most luxurious of boxes and hard to find in good shape.  The set found in this box was dated 1944.  Seems to be a box used during the war material constraints, as I have even found this boxed used on a 1945-dated Empire Set. 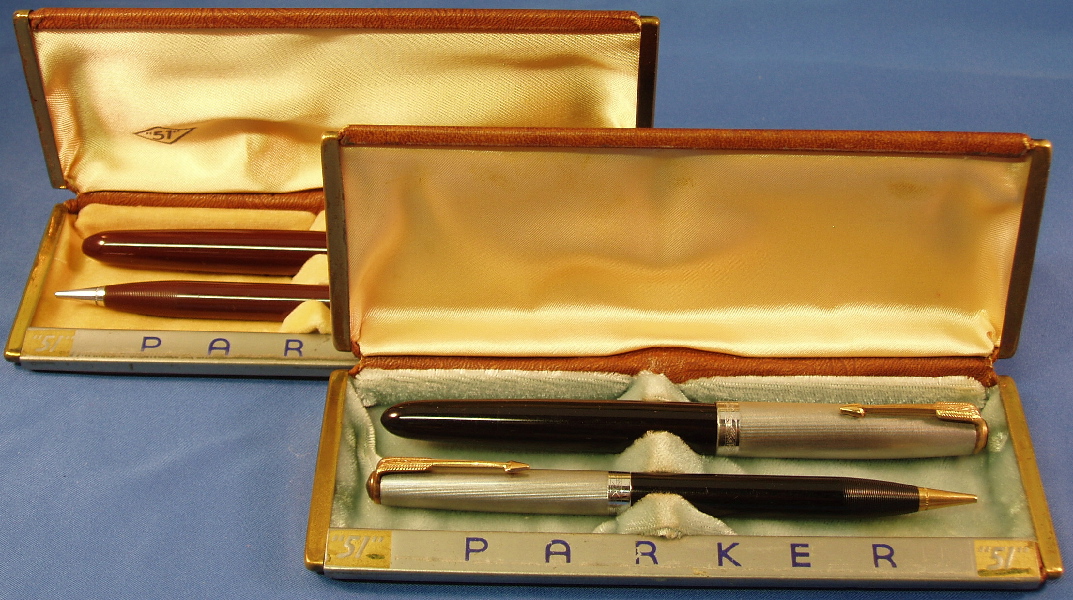 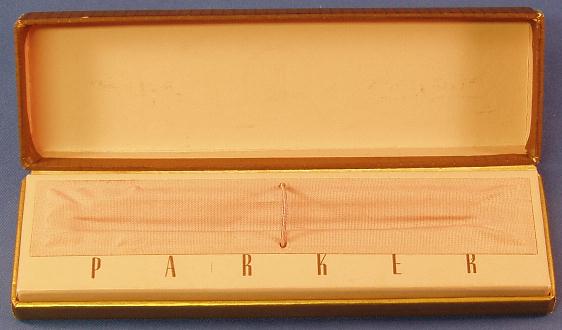